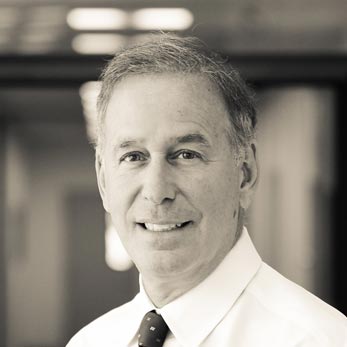 John Ullian is a respected attorney who has practiced law in Massachusetts for more than 37 years. He assists clients on the South Shore, the Boston area, and in the other communities throughout Eastern Massachusetts in the following matters: consumer bankruptcy (Chapter 7, 11 and 13); divorce; child custody and support; divorce mediation; and school law/special education law.  Today, John runs The Law Firm of Ullian & Associates, P.C., and is licensed to practice in both Massachusetts and Florida.  He serves as an arbitrator with the Massachusetts Bar Association Fee Arbitration Board and he was also appointed as a hearing officer by the Board of Bar Overseers to a three-year term effective January 1, 2020.

During his career, attorney John Ullian has represented thousands of clients at trustee hearings, in court hearings on motions, pretrials, and trials, and during negotiations at various stages of litigation.  John wrote two books with his colleague, Amy Puliafico, one dealing with bankruptcy and one on divorce.  In addition, John wrote a publication on school law.  He handles divorce mediation for couples who want an alternative to traditional divorce process, and he also accepts appointments as a Guardian Ad Litem (G.A.L.) in the Probate Courts in the Commonwealth of Massachusetts.

John has three adult children.  Bella, John’s dog, was often a visitor to the office and was the firm’s official greeter and mascot.

What Our Clients Say

“ ---- and I are so blessed to have yourself and John on our team.  I know you hear that all the time, and maybe this is just a job to you but, --- and I always talk about how professional, patient and personal you have been with us.  Thank you!! John and yourself literally put us back on track with our lives. ”